After thorough vetting and testing, Parker Eco Pest Control is excited to be an official Seattle area distributor/installer of the A24 Rat & Mouse Trap from Goodnature.

How does the A24 Rat Trap work?

The trap lures rodents to stick their head up into the kill zone, triggering the piston. The piston retracts and resets for the next kill. The carcass is scavenged by local wildlife. After some trial and error, we found that chunky peanut butter is the best bait. We find that the carcasses are scavenged almost 100% of the time, even when rodents are being killed every other day.

How much does installation cost in Seattle?

The trap and installation fee together cost $229 + tax. We serve the I5 corridor from Seattle to Everett and parts of the Eastside. If we don’t serve your area we’re happy to help consult on placement over the phone.

Where to install the A24 Rat Trap?

A secluded spot with good cover is key to success. We’ll help you locate the best place on your property but generally you’re looking for an area where rodents feel safe eating. If you don’t have a spot with good cover, make one. Simply leaning a piece of plywood against the fence will create a hidden area and increase your kill rate. The one exception to this rule is in areas with very large infestations. When the populations explode, rodents compete for food and become more daring, making open-air placements acceptable.

Is the kill counter worth it?

Absolutely. In fact, we only sell the model with the kill counter because…

Why is rat poison so bad?

Rodenticide, commonly known as rat poison, impacts the environment in rural and urban areas alike. Neighborhood cats, owls, and raccoons that eat enough rodents can be poisoned and die if not seen by a vet. 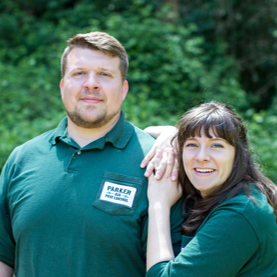